Both accounts seemingly breached by the same outfit (@DFNCTSC – a Twitter account with no tweets; apparently stands for Defonic Team Screenname Club – a collective of hackers once associated with breaching Paris Hilton's T-Mobile account in 2005).
No doubt both will bring up serious concerns over cyber security and corporate protocol around social media. But really, how bad were these two most recent hacks?

@BurgerKing – Mon. 2/18, approx. 12 noon EST.
The hack alleged a takeover by McDonald’s, however in-eloquent. Tweets rambled on for nearly an hour before Burger King/Twitter finally caught on to the act, suspending the account and blocking delivery of new lascivious tweets. 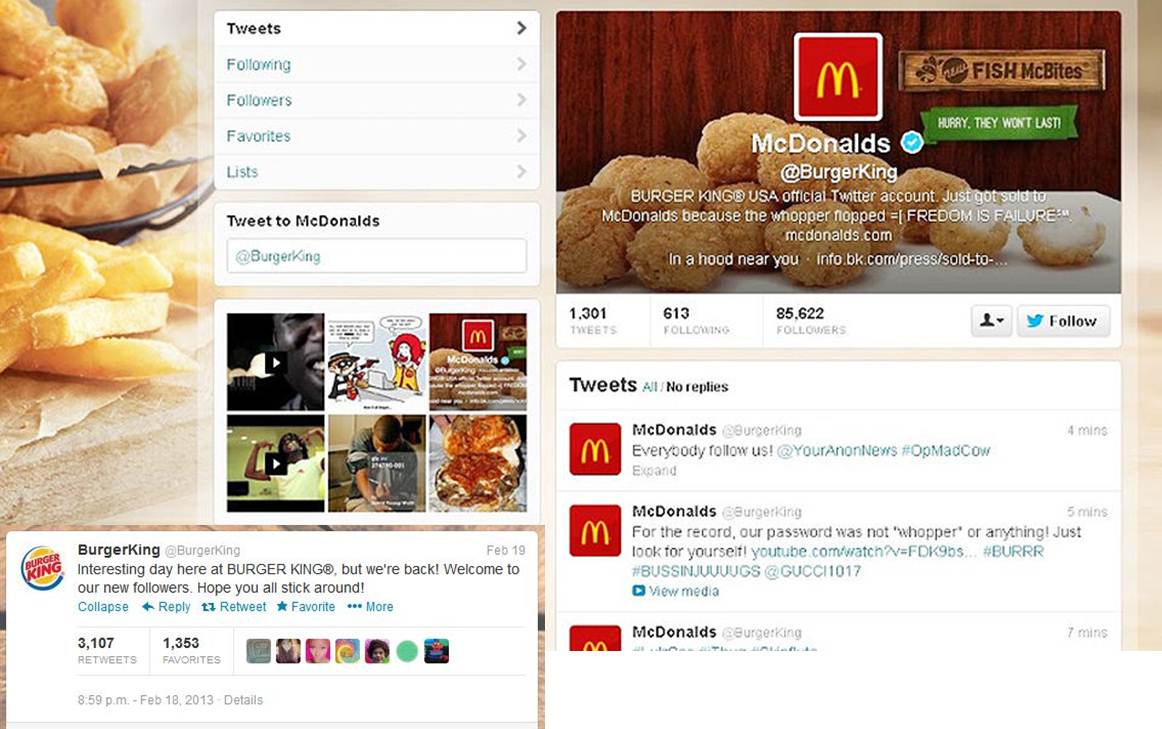 @Jeep – Tue. 2/19, approx. 1pm EST.
Jeep’s hack followed similar suit, intimating a business takeover by Cadillac (nameplate under GM). Again, tweets were far from funny – nonsensical ramblings and obscure drug and gang references. And the folks at Chrysler were “back in the driver’s seat” before the afternoon was out. 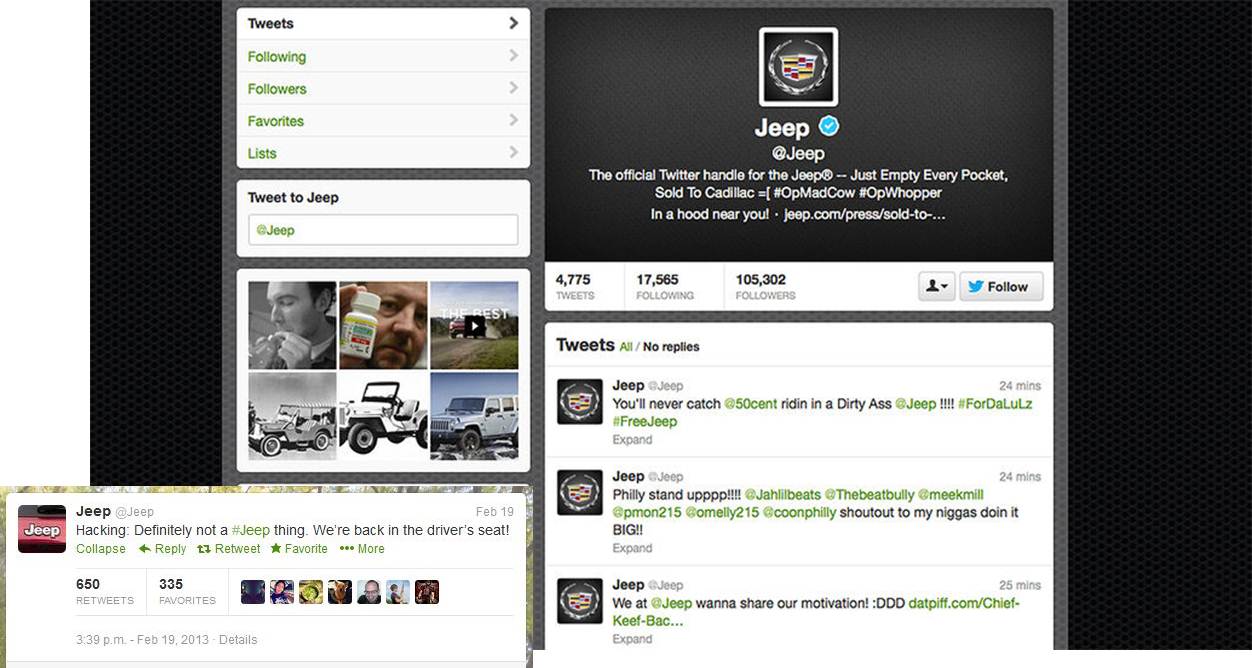 It doesn’t negatively impact brand value. – Quite the opposite, actually. Members of the twittersphere can immediately recognize a hack, and just like that, disconnect any negative sentiment that may arise from offensive language. Instead, it seems to stimulate a sense of empathy and reality for the account, re-engaging users upon the  legit owner’s return.

It adds followers. – Burger King gained 30k followers; Jeep gained a (more) modest 3k. And isn’t audience growth one of the most important things? Like when celebrities decide to self-destruct in 140 characters or less, people tune in for the drama, but getting ‘em to stay is another story. Again, content is king and the pressure is on to retain new minds.

So, while we’ve established that the brand gets something with their hack, what do we readers get?
Not much.

Is it too much to demand a higher breed of comedy?

More satire, less sass. – Acting like McDonald’s purchased its arch-nemesis is a great concept. But the intimation stopped there and the predators opted for messaging no more thoughtful than that of a novice, self-involved amateur user. Superfluous street slang, cheap drug humor, and poor spelling don’t feel like a McDonald’s run Burger King Satire – and that’s what new followers tuned in to see.

How about a Ronald vs. King Mascot face-off? Maybe a Big Mac/Whooper menu mash-up? Get creative in a way that McDonald’s would NEVER in a real Burger King take-over!

Makes you wish these hacking outfits could add a few über-creative marketers, even comedy writers to the payroll. It would make their reign more entertaining and engaging.