Marketing Breathes LIFE into Insurance…but HOW?!


Lately it seems like every other commercial is for insurance.

Sounds boring in theory, doesn’t it? Insurance, ICK – who even wants to buy it?

And yet, not ick.

Seriously, is anyone else amazed at how all these managers of risk have been able to differentiate themselves? A marketer of services by day, I constantly struggle to position our intangible, otherwise homogeneous solutions against a myriad of competitors.

Mayhem is everywhere, are you in good hands?

If ‘Mayhem’ were human, we’re pretty sure it’d go by the name of Dean Winters. Grizzly but suave, stern, and rough around the edges, Winters helped All State take the tangibility of freak accidents one step further, anthropomorphic! 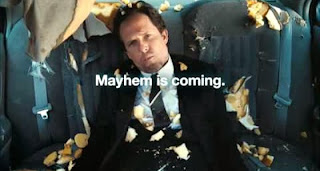 Explosions of smoke and fire, homes and vehicles in shambles – each spot, its own action-packed mini feature. Grab your popcorn.

“We are Farmers. Bum-ba-bu-bum-bum bum-bum-bum!”

7 dwarfs be proud! It’s a modern day “Heigh-ho” with twice the power to get stuck-in-your-head. 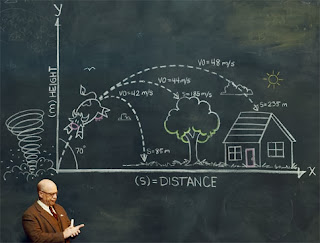 The spots are simple, stripped-down “did you know?” info-tainment. With their calm, collected, and totally sweet professor front man, they're nonsensical enough to elicit a laugh or two.

Arguably best in the biz (insurance or otherwise), is there a character Geico can’t make into a star?

The Gecko might headline, but Geico’s got a whole cast of characters equally capable of stealing the show (heck, the Cavemen even got their own sitcom on ABC).

There’s Maxwell the pig – first introduced in the Rhetorical Question series (turns out the little piggy does cry 'wee wee wee' all the way home).

There’s a male owl that just can’t seem to commit his female counterpart’s friend Megan to memory in the “Did You Know?” campaign. (“Hoo?” “Megan! Seriously, you’ve met her like five times.” …Hoo?) 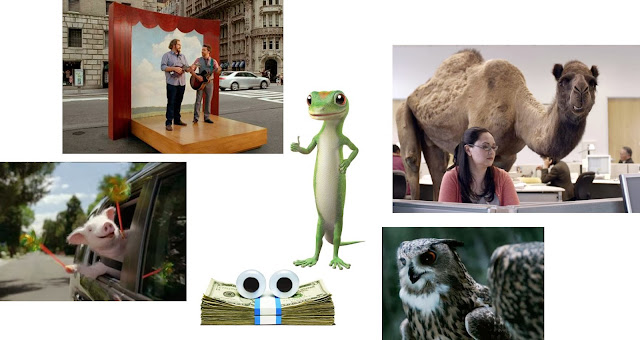 There’s NOTHING Geico can’t make work – even with a near $1B annual ad spend, money WELL spent.

The ‘humans’ campaign is all about relateability.  Think you’ve made some pretty stupid mistakes? The subjects in these spots have one on you. 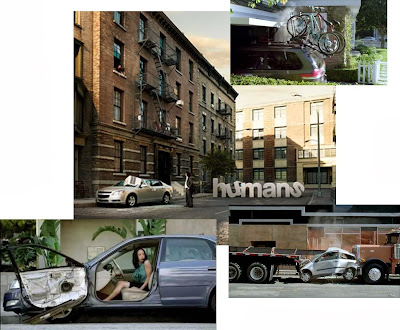 Played out over the smooth sounds of Human Leagues’ song by the same name, these scenarios are ones you could actually see yourself or “that friend” doing.

Nationwide is on YOUR side…

They put members first, because they don’t have shareholders. Ooh – ok, another jab at the perceived pitfalls of doing biz with big biz.  We ARE the 1%! Rage against the machine! Etc...

Their “Brand New Belongings” spot makes getting burgled seem more glamorous than Extreme Makeover: Home Edition and their latest “#meetmybaby” campaign is SPOT. ON. for the auto-obsessed.

Now I’m not the biggest fan of Flo (Progressive’s always happy-to-help insurance clerk), but Ad Age’s 2012 “Top 10 female ad icons of all time” would seem to disagree. Flo loves insurance. She’s been tangibilizing the shopping experience since 2008 and with50+ commercials under her belt and a cool 5 million+ followers on facebook, Flo must be a middle name cuz’ this girl’s first is CASH (get it, Cash ‘Flo’)? :)

Get to a better state.

Transforming the civilian, local agent into a personal super hero – all you need to do is sing the jingle; “like a good neighbor”…and State Farm is THERE!
…riding shotgun, assisting roadside, or even just helping you spend the money you saved by switching to State Farm.

The series builds brand from the personal appeal of a local agent who knows you by name. And with many competitors hell bent on pushing a centralized (read: virtual) agent model, it is refreshing to still see State Farm peppering the facade of brick and mortar – you almost believe your agent could be THIS COOL.

So there you have it. Seven companies touting the exact same (BASIC, BORING, DULL) wares – each, in their own effective way.

Some better than others, but all in ways far more thrilling than the actual products they sell.

Allow me to take my creative hat off and bow to thee, b2b service marketing masters! ::bows::

Which is your favorite?
Posted by Unknown at 10:00 AM