Target and Neiman Marcus to share a cart this Holiday

Move over $5 toasters and $20 blu-ray players – Neimans owns a piece of Target’s sales floor this holiday.

The two merchants from seemingly opposite ends of the spectrum announced their Q4 partnership earlier this month. 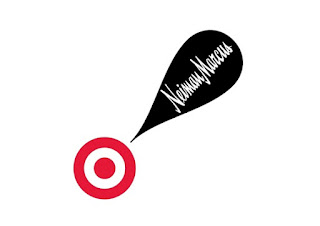 At first, the pair seems a bit ill-fit.

What can a purveyor of $3,000 handbags have in common with a retailer who earns much of its keep off staples like laundry detergent and food?

But this is Christmas; a time as good as any to put aside our differences and celebrate!
And maybe they aren’t so different?

“The same” in all the right places…

While Neiman-Marcus specializes in designer exclusivity and (ultra) high fashion and Target strives to deliver affordable style onto the masses – both appreciate design.

And with no pre-existing, over-lapping SKUs – the two retailers can both win by playing off the synergies inherent in their respective brand positioning. 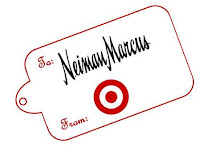 For Neimans – Exposure to next-gen affluence.

NM’s affluent consumer base might finally be back to splurging this holiday season, but they aren’t getting any younger. There’s no question that Target’s 20-, 30-something audience skews more fashion-forward and affluent when compared against key competitors in the same space.

The joint-collection will introduce the Neiman nameplate to consumers on the up-and-up – young, urban-bound professionals who are yet to establish loyalties in the high-fashion retail world.

For Target – reaffirmation of “most luxurious by comparison.”

Like last year’s collection by Missoni and this spring’s by Jason Wu, Target is always looking for new ways to boost its fashion-forward image.

As Wal-Mart continues to clamor its “low price guarantee,” Target holds its own, differentiating with store-exclusives that remind customers to “expect more.”

For both – a coal-free Christmas!

More on the line:
Expected to hit both retailers in early November, the holiday collection will boast more than 50 exclusive products designed by 24 key logos from within the Neiman-Marcus portfolio (including Oscar de la Renta, Diane von Furstenberg, and Derek Lam).

The assortment will have dedicated space on both stores’ floors and, like Target’s Missoni line last fall, are expected to be in short supply.

We can’t wait to see it! (And despite the shake-up with creative agencies, we remain hopeful that Target’s Christmas Champ is back as head promoter)…