Move over, Black Friday and Super Bowl Sunday. There’s a new favorite in advertising, and it isn’t just about low-low prices, door busters, or the most creative (and expensive) 30-second spot.


April Fool’s is the day advertisers can really lie.

It’s when we can put marketing of the normal product mix on hold to have a little fun and advertise things that don’t exist at all.

Brought to you by the internet and Social media.

Ten years ago April Fool’s Day ads weren’t even possible (or at least very economical). Traditional channels would prove too narrow and lack spontaneity. Use one of your über-expensive TV slots and hope people are tuned in? Post your joke on billboards and wait out a 30-day commitment? No thanks.

The web makes voice amplification easy. If Scope wants to “announce” a new bacon flavored mouth wash, all they have to do is post a video to their YouTube channel, push it to Facebook and Twitter, and wait for brand advocates to spread the word (see their awesome spot below).

But just because we can, doesn’t mean we should.

To Fool or not to Fool…
…THAT is the question. Seriously, what value does it serve?

When done correctly, you’d be a fool NOT to do it.

It comes in many flavors (including new flavors). But also, changes in policy, new product launches, and product line extensions.

And as a joke, we’re not bound to deliver on the message, so it affords marketers the opportunity to REALLY let loose and get creative.


When to do it: 30k Feet’s Guideline to Foolproof April Fooling

All are produced in Google’s signature style. You know, multiple camera angles that deliver heartfelt testimonials by tech designers, all brought to life on a bed of soft, compassionate elevator music that crescendos to a BIG reveal…

Google KNOWS how to poke fun of itself (and we applaud the humility).

Need to see some more self-deprecating ad-humor? Check out Groupon’s GrMail – electronic madlibs, it's the iDEAL way to use email! :)

To mess with your competitors

Don’t want to get tagged, caught ‘gramming, or hashtagged? Jump in the suit. 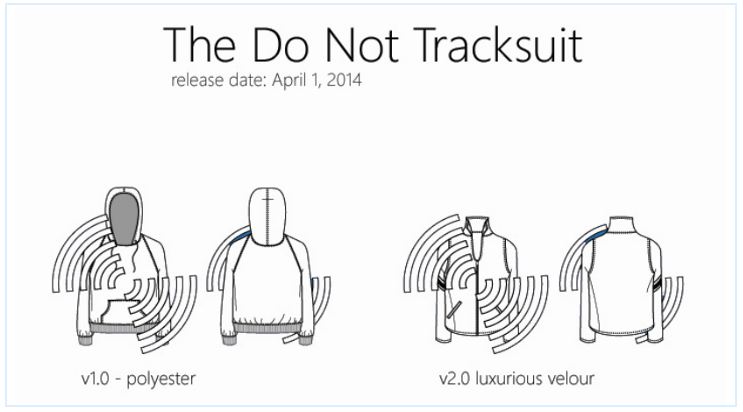 Microsoft’s “Do Not Tracksuit” is supposed to make the wearer completely invisible. It’s also a nod to the software developer’s latest pitch of differentiation against Google when it comes to “respecting” user privacy.

A video would have been a nice way to really get the message out there – but it is Microsoft’s first April Fool’s. Have to learn to walk before you can run.

In its final moments, the commercial bounces back to a shot of the vacuum in action on spilled cereal – now isn’t that brilliant? “It sure is!” –kid in the commercial.

When it matches your personality

If you’re a zany, unconventional brand, it fits the bill. That’s Scope; at least that’s who scope wants to be. They’ve gone through a brand revamp in the last year or so – and this spot should be right up their new target demo’s alley.


5 days, nearly 4 million views. How else would Scope get young people talking about mouthwash? And the ad is produced well and feels authentic. Our fave April Fool’s for sure!

When it’s the exact opposite of your personality

The other side of the coin.

Seriously; tired, stuffy brands that are looking to grab attention might find an April Fool’s prank to be just the trick. Let’s say the Quaker Oats man got retooled as a hipster? You’d pay attention, right? You’d respect the company’s attempt at humor and maybe, if they paired the mock-announcement with a soft product launch, you just might pay the brand a visit next time you’re at the grocery.

AdWeek did a great job at gathering all the major 2013 April Fool’s ad spots.

Which are your favorites? Which miss the mark? Let us know! >