In many ways, TCBY was ahead of its time. I mean, they were pairing fruits and nuts with their low-cal alternatives to ice cream back in the 90s. Well, it’s the 2010s now, and the nation’s obsession with “fro-yo” has reached epic proportions. So why is it NKOTB like Pinkberry and Yogen Früz seem to better capitalize on TCBY’s turf? It’s simple. They are sexy, TCBY is not - correction: was not (read on).
Never underestimate the power of a logo!
Ok, maybe we’re putting too much credence into brand. Still, a logo should capture a company’s essence. It is the physical manifestation of their aura. It should resonate with identified target markets and instantly articulate value.
In this spirit, we continue our Facelift | Faceoff series with a review of TCBY’s latest attempts to breathe new life into their brand.
Before the facelift: 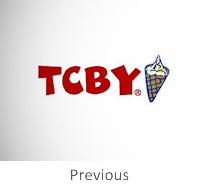 Nothing about this logo says “healthy.”

The red and white colors are overdone and invoke a feeling of fast-food. The fun, somewhat erratic type-face is juvenile and unlikely to resonate with current frozen yogurt enthusiasts that skew college-bound and young professional. And, is that waffle cone brandishing healthy yogurt or fat-laden ice cream? I can’t tell the difference.
There you have it; the perception of health completely thwarted by dominant industry logic.
After surgery: 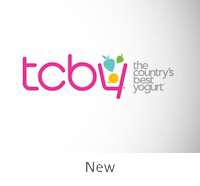 Wow! The new logo drops to a thinner, lower-case, replacing the red and white with a more palatable pink and gray. The “y” is built to resemble a cup. Unlike the cone, it goes yogurt-free. Instead, three berries are suspended in a free fall, further emphasizing a “lighter than air” feeling of health. Revived at the far right is the long-hand “the country’s best yogurt” for which TCBY stands.
30k Ft Weighs In:
We know our rulings have favored a disproportionate amount of “Afters” but with TCBY, who can argue?
Set next to one another, it’s as if we are looking at two different companies catering to two very different markets. The new logo screams health.  The influence of Pinkberry and Yogen Früz can’t be denied, but if TCBY can’t be the first-mover in the recent “fro-yo” craze, at least they’re finally aligned with current category leaders.
And who knows? The 80s craze has got to end, and a new-found adoration for the 90s is likely to follow. Paired with its new healthy look and feel, perhaps TCBY can capitalize on dormant brand equity and rekindle pre-existing adoration.
Weigh in. Do you think TCBY’s liposuction was a success?  Will it help revive the brand?

Which do you prefer?
Posted by Unknown at 9:30 AM