Chipotle Proves You Can Be Both Cool & Kind 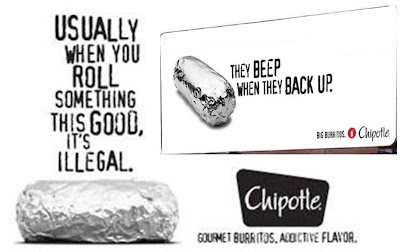 They broke through the clutter and rose to fame on the backs of short, cheeky billboard messages; the punk-alternative, skater-boy of the fast food industry. But even then, their belief in “food with integrity” showed through.

“Back to the Start”

This past weekend, Chipotle served up their first national TV spot. In it, the growing (alternative to) fast-food chain dropped the cool-kid act, opting to take a more serious tone. The 2-minute spot was a visually stimulating bird’s eye view that time-lines the increasing industrialization of American agriculture.

From green and lush open pastures, to gray and damp crowded factories, kudos to Chipotle for devising a non-gory way to depict the horror animals endure during processing. We liked the subtle inclusion of growth hormones and factory by-product pollutants, less violent but still serious pitfalls of the highly-mechanized alternative to traditional farming.

A playful, yet powerful illustration of an industry that’s all too quick to drop humane practices in exchange for efficiencies gained with mass-production and greed. By painting a dark picture of the industry majority, Chipotle reminds viewers of its stead-fast commitment to sustainability and the ethical treatment of animals. 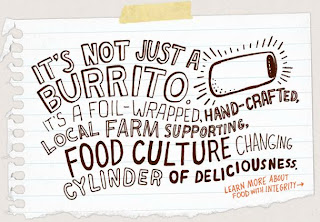 Way to go, Chipotle! You’ve got hip, cool and kind together in perfect harmony – not an easy task.

Note: This is not the only long-form, pro-traditional farming ad Chipotle has released. Back in October, the chain unveiled “Abandoned” which brought to life the hardships many American farmers face today as their industry bends more and more to the competitive pressures of big-business.