More to Love this Valentine’s Day at Starbucks 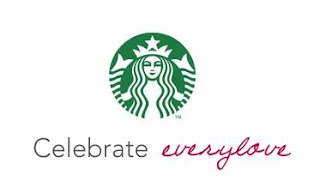 Cupid’s arrow must have hit Starbucks hard – they can’t seem to forget about augmented reality. Do you remember last year’s Holiday Magic promo?

The red cups may be gone, but the traditional white is now dressed for Valentine’s Day. 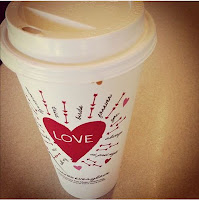 We hope you didn’t uninstall your Cup Magic app from Christmas. Between now and February 16th, your daily latte has more to L-O-V-E.

What’s Different?
The holiday promo launched in November was more complex and a bit clunky. This time around, things are:

Simpler - Instead of three different cups boasting three separate enchanted vignettes, there is only one.

Smoother – Instead of taking users out of the camera function and into separate winter scenes, Valentine’s Day magic occurs within camera view, appearing to play out on the user’s actual cup.

And, perhaps the biggest leap in innovation:

Shareable! – And now, the ability to send augmented realities to the people you love (or even just ‘like’).
With its latest iteration, Magic Cup not only enables users to gift beverages on Valentine’s Day, but craft and deliver special messages as well –messages only viewable when gifted parties are in-store and point their cameras at limited Valentine’s Day cups.

Finally! A real business-driving hook! With Augmented Reality, Starbucks proves it subscribes to the three-date rule before really getting serious - (we knew you’d be worth the wait)!!

Head down to your corner Starbucks and interact with the Valentine’s Cup today!

Check out the Valentine’s Day Promotion in action: