The opposite of love isn’t hate, it’s indifference (thank you, Elie Wiesel).  So cool it, we’re still in the same ballpark. 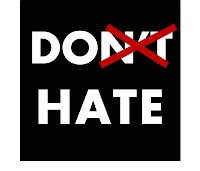 As marketing and PR professionals, we like to pretend our haters don’t exist. But things are changing, and pleading ignorance has become more difficult. As humans, we possess a heightened sense of awareness for drama. But the proliferation of an increasingly negative news network puts bad press in the hands of our aggressors. Social media makes 1-to-1 communication with customers easy, but also provides haters with a platform for voice amplification.

No. Best practice shows it’s not a good idea to censor brand page participants. Deleting negative posts only aggravates posters further; they will retaliate. If it’s not totally inappropriate, leave it.

You can, and most do. Being negative is hard work. It takes plenty of wit and requires one do their homework. Focus on providing brand advocates with real value (both on and offline). Numbers will stack in your favor and you’ll find that brand backers are willing to squelch naysayers for you.

But why not take it a step further?

When you think about it, we’ve already come a long way. On the defense, we’ve moved from ignoring and censoring to allowing haters to trash us on our own social media turf.

Go on the offense.

Don’t just give your antagonists a voice; include it in your promotions! Yes, promote your haters! With the right audience and brand chemistry, you might find it packs an honest and heartfelt punch.

And now, two examples of where promoting one’s haters seemed to resonate:

Family Guy
Here’s a franchise that knows its target demo and isn’t interested in appealing to the other side.

Family Guy knows there is a portion of the population that will never understand them, and that’s o-k. With liberal and conservative agendas more polarized than ever, FG is taking advantage. They promote seething reviews by iconic politicians and groups for two reasons:

1.     Targeted persons will instantly relate via their disagreement in ideologies with the subject, thereby associating the show’s values with their own.
“Wait, Sarah Palin hates this? That means I’ll probably love it!”

2.      Wearing someone’s negative review like a badge of honor will no doubt piss the quoted off. (A bit childish, but an effective tactic for the children of the revolution!)
“You don’t like us?! Good! We don’t want you to like us!” 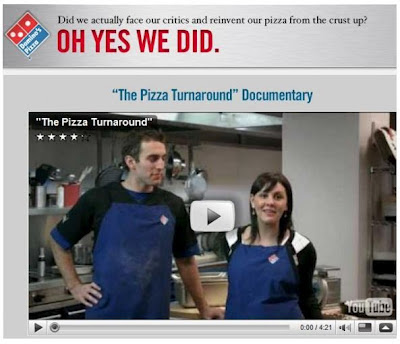 Admitting you have a problem is the first step to recovery, right?

Well, Domino’s applied that logic in “Pizza Turnaround;” a multi-channel ad campaign executed in 2010. The series of print/television spots depicted corporate staff facing customer complaints head-on. Videos showcased raw emotion, frustration and sympathy at the notion that Domino’s had let its customers down.

By airing their dirty laundry, Domino’s showed the world they were serious about starting over. Part two of the campaign invoked a similar “reality TV” feel – showcasing disenchanted customers falling back in love with Domino’s after tasting their new pizza.

It wasn’t ALL advertising.

Domino’s completely overhauled their pizza with new, higher quality ingredients. But without specifically calling out their previous short-comings, who would have believed them? “New and improved” is so overplayed. If you’re really serious about re-inventing your marquee product, get creative with the message! Get humble and face your demons.

For Family Guy, promoting haters is designed to attract polar opposite viewers. For Domino’s, the goal was to convert haters back into believers.
In both cases, the style of marketing works. Why?

It breaks tradition. Everyone is expecting your ad to tout your good graces (after all, you paid for it). Why not zig when we’re expecting you to zag?

It comes across as more genuine. We’re living in a time ripe with conspiracy and greed. Main Street is sick of being duped by corporate America. Reality/truth campaigns feel good. They convey respect over our intelligence.

What can promoting/owning up to your harshest critics do for you?

Think about it.
Posted by Unknown at 7:30 AM