Tons of Change (but no more Penney’s) for JCP…

Today marks a significant turning point in the world of JCPenney (allegedly).

The retailer is sporting a radical new look; their third branding shake-up in less than two years. That’s a lot for an established retail brand. Generally, companies that go through frequent redesigns just end up confusing customers, losing any and all brand familiarity they are trying to achieve.
But this time, JCP isn’t just revealing a radical new look, they are ushering in a brand new strategy to retailing! (allegedly).

I guess we’ll have to wait and see if it/what sticks.

Let’s kick off February and continue our Facelift | Faceoff series with a review of a retailer that’s no stranger to re-branding! 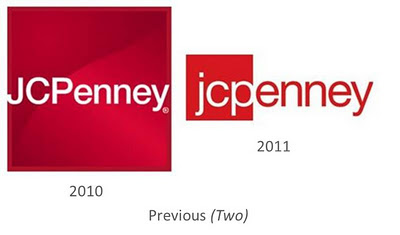 Its life was so short, let’s discuss the last two, shall we?

Last year’s revision was drastic, yet familiar – the brand was left possessing a brighter, more flat and powerful red. By dropping the casing and allowing the bulk of the name to break free from the box, JCPenney breathed new life into what had become a stodgy, dull brand. It was all part of JCPenney’s intent to focus on younger demographics. The 2011 logo’s “jcp” red square lent itself well to social media avatars, and became the brand’s identity on both Facebook and Twitter.

So there you have it: jcp of 2011 was young, hip and in place for less than a year. Which makes one wonder, was it always an intended step 1 in a 2-prong re-branding effort?

After (this year’s) surgery: 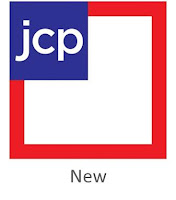 Stand up and salute your American jcp flag!

The new logo screams “America!” and what’s more patriotic than mass retailing? Although the red remains, it takes a backseat to a new focus on royal blue. We should have known when JCPenney pushed the “enney” part out of the square last year that it was only a matter of time. Now, just “jcp” remains, and it’s sporting a bulkier type-face (it’s hard work carrying an entire brand on the back of just three letters, you know).

A square within a square, the new logo is the marque of a massive overhaul at JCP, whose CEO Ron Johnson says is, “fundamentally re-imagining every aspect of the Company’s Business. ”At the center of this change is the launch of a new pricing strategy, dubbed “Fair and Square” pricing.

In recent spots, JCP mocked the complex and all too often painful reality of competing retail promotions (and let's be honest, they were a major part of the culprit). 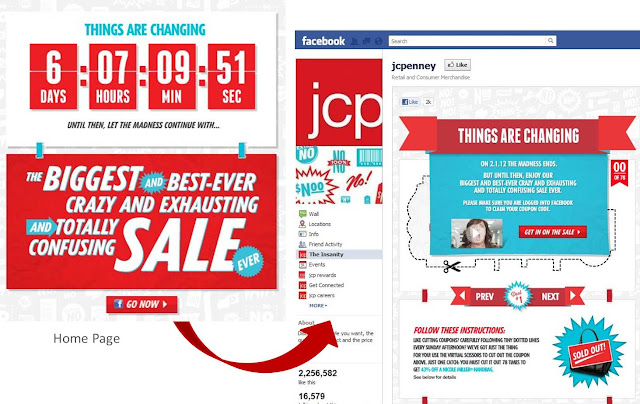 
The new return policy is great, but will fair and square be enough to pull the retailer out of its tired funk? Not likely.

With products that are fairly homogeneous, the only way to garner additional sales is to provide higher discounts. What’s JCP going to do when its competitors drop their prices on similar goods? The new pricing model could very well leave their hands tied.

But, back to the logo…

And with lingering memories of Gap and Tropicana’s epic re-branding failures, it stands to reason that JCPenney would opt to make a drastic shift more gradual.

That being said, I’m not sold on the new look.

I can’t decide if it’s better suited to represent the next iteration of Tommy Hilfiger cologne or Playskool. It’s a step too far; a curious dichotomy of equal parts patriotic and playful.

I think the big-picture changes in strategy could have been made under the guise of last year’s brand. It was hip enough – recall as evidence the innovation and “wow” factor of JCP’s “Santa Tag.”

This further interpretation feels reductive (if I may borrow a word coined last month by Madonna).

Which do you prefer?

Will jcp’s new look be a success - or come tomorrow, will it see its shadow and leave JCPenney with 6 weeks of bad press? Weigh in...
Posted by Unknown at 9:00 AM