JBS only wants 'REAL' men in their underwear (whatever that means)...

I was exploring Tumblr the other day when I came across a unique take on advertising male underwear: 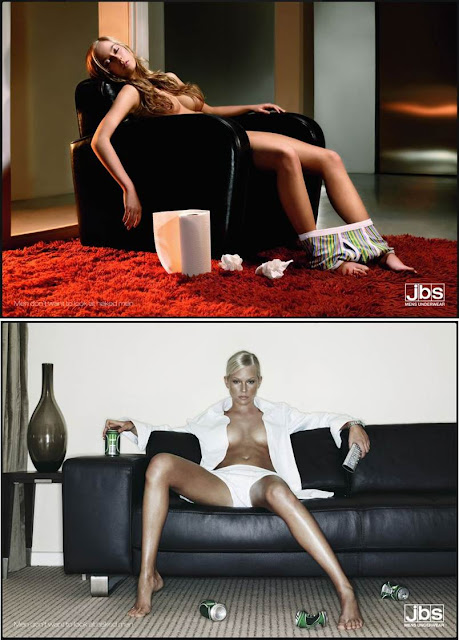 A promotion crafted for JBS Group – premier manufacturer of men’s underwear and other furnishings out of Denmark since 1939, the ad breaks the mold held by traditional men’s underwear advertisements which more often than not opt to feature scantily clad and sculpted male models. Instead, it fuses ultra-slim, sexy female models into traditional male activities.

When I went to peruse the company’s website for more information, I was a bit caught off guard at what greeted me on the homepage:
Exclusion?

Presumably intended to fend off a JBS-defined sub-species of men; perhaps those prone to more feminine mannerisms, proud metrosexuals, and (if you dare go so far as to even consider them part of the male archetype) homosexuals?

Now, I’m not here to assume whether JBS is either for or against gay rights. Regardless of any specific issue, my notion of family run organizations is that they often lack introspection and an adequate pool of naysayers within PR.

Does the ad even work on “real” men? 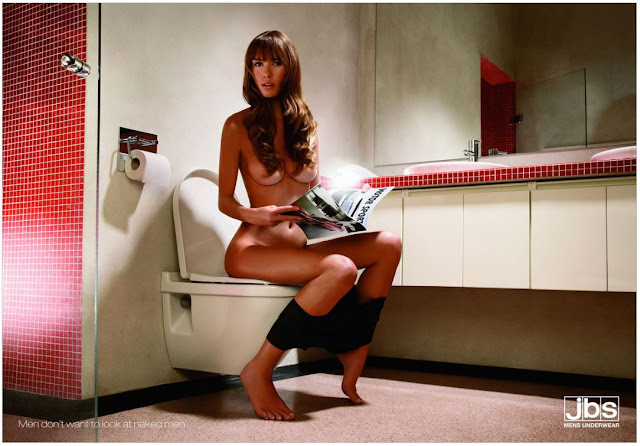 For one thing, “real” men, (we’re asking you to pull out your deepest held stereotypes here) machismo overflowing, don’t give a crap (no pun intended) whether their undies are clean, let alone CK versus Hanes. They put little to no credence on advertisements when making their selections.

Who buys Mr. Man’s undies? His wife. Do you think ads that play up perfect-bodied alternates bode well with her? Do they foster brand loyalty or erode self-esteem?

The fact of the matter is all men, (gay and straight alike), have a predisposition towards comparison.

The traditional ads work at selling underwear because, on a sub-conscious (non-sexual) level, buyers see idealistic versions of themselves in the ads. In that sense, and on a very rudimentary level, the purchase can become as much aspirational as it is functional.