The Yankee Candle Company (YCC) unveiled a new line of fragrances this week and their target couldn’t be more blatant.

That’s right, YCC must have tired of trying to devise new monikers for all the retooled floral and beach fragrances they typically launch this time of year.

But with Riding Mower, First Down, Man Town and 2x4 (all trademarked), what is the candle maker hoping to gain?

Let’s face it; home fragrancing is a woman’s priority. It just is.

I feel confident in saying this, as I managed a candle store back in college and could count on one hand the number of men that entered my store on a given day of their own volition. Most were either:
·              Lost (and looking for any other store but ours)
·              Buying a gift (because, well, girls/wives/moms dig candles)

And don’t get me wrong, the new fragrances are all welcomed editions to the line. 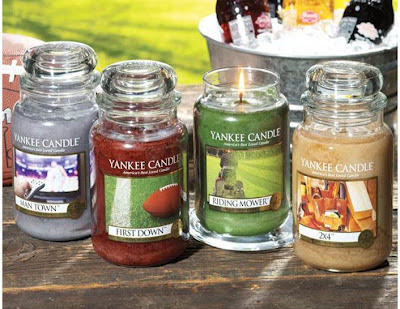 I tweeted not two months ago that Yankee needed to get in bed with Home Depot and devise a way to bottle the rich aroma of a lumber yard (as a matter of fact, I think I promised that I’d purchase several).

But can the smell of fresh saw wood only be appreciated through the nostril of a male?

In saying these four new editions are “MAN Candles” is Yankee Candle saying all others (some quite masculine in their own right) are engineered exclusively for our female counterparts?

...we’d steer clear of any promotion mounted on the back of rigid, traditional gender roles.

Just because you've identified 'men' as a new target demo, doesn’t mean all promotional efforts need to approach it in explicit, almost stereotypical terms. It comes across disingenuous and cheap.

I mean, ‘Man Town' is the name you give the fragrance you suggest be lit in one's 'man cave?' Could there be anything less inspired or original? Can it get more cliché?

And if you're going to devise a separate line, invest!

When Dove recently launched their men’s line, the advertising and packaging came across radically different. They knew their core brand skewed feminine and so they made an effort to really differentiate and woo male buyers.
With YCC, it's obvious no one on the team belongs to or even researched the would-be buyer of 'Man Candles.'

'Beer-themed accessories' for one to decorate their jar with?! Has there ever been a collection of words more juxtaposed?! And the photo is styled the same as any other YCC image in recent years.
If candles aren’t on the average (straight) guys’ radar, and the few that do make home fragrance a priority aren’t making a special trip when one from Target will suffice (we should mention YCC has a line at Target, so bases covered there), would it have been so wrong to push the new agenda without alienating the base?

Something like:
"We've got floral, fruits, and the seashore covered. This summer, Yankee is bottling a few new seasonal scents that are sure to excite the whole family" (Image of nuclear family, father featured prominently, and grinning ear to ear as his wife offers him a nose-full of “First Down”).

If you want to make a harder case for men and these candles, veil it with a 'just in time for Father's Day' promo and target women.  They’re (still) your buyer - (even when it comes to fragrancing the man cave).