The most brilliant ad doesn’t always get the job…


A fellow marketing buff shared this image with me last week and it got me thinking.

There’s a fine line between brilliant advertising and real-world feasibility. 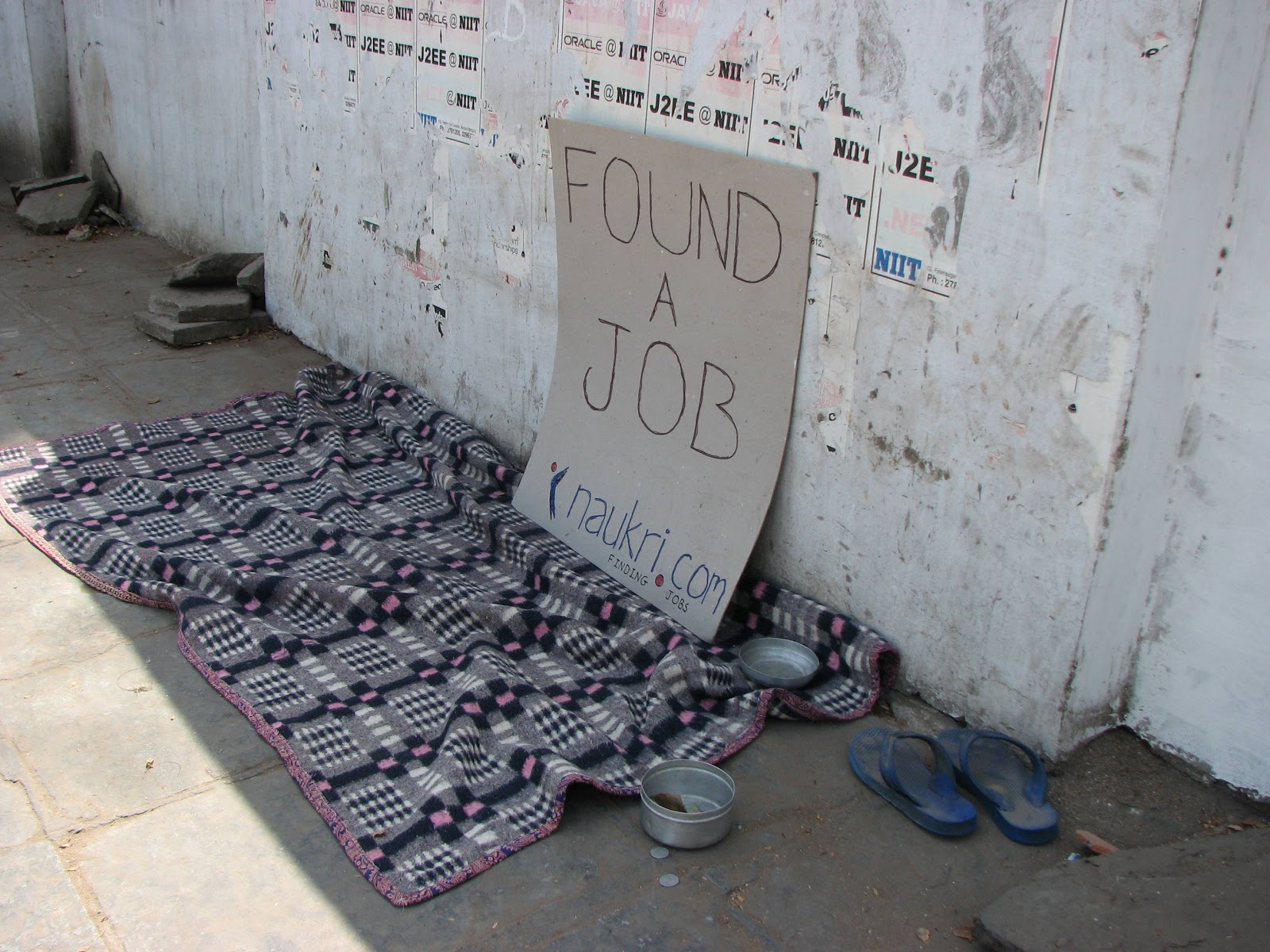 Back Story: As far as we could ascertain from the blogosphere, it was done as part of a class assignment. Students were challenged to come up with a new ad campaign for Naukri, India’s premier job search website.

While much of the class stuck to more traditional print ads, one student tried something different.

…But is that a good or bad thing?

And the things that make this ad brilliant and highly salient are the same reasons it would never be produced.

For sake of argument and before we dive any deeper, let’s pretend this is an America campaign for one of the many US-centric job search web sites.

1. Target audiences will notice but not appreciate.

The campaign could come across as offensive and unfeeling toward the plight facing people that are actually homeless – marginalizing their plight and profiteering off the raw human emotion their circumstance delivers upon the public.

The job search process can be stressful, debilitating, and scary. Job loss is (still) a very real fear in the world today. People don’t want to be reminded of that.

The ad seemingly seeks to build off universal concerns over job loss and self-sufficiency by suggesting their website will save you from the depths of unemployment and insolvency.

Take it from Careerbuilder.com and trust brand awareness and affinity to comedy:


Sure, unemployment rates were higher than ever before in recent history. But the hook for Careerbuilder.com was never "no job;" but finding a "better job." That’s a much better way to approach the topic, wouldn't you agree? Even for the recently unemployed (a definite target); instead of picturing themselves homeless on the street, the ads illicit an “I’m better off without ‘em” mentality. That's genius you can produce!

2. Competitors could flip and reverse your impact.

On the other side of Porter’s analysis – how would the ad leave Naukri exposed to competitors?

Taken literally, it calls into question the types of opportunities available on the website. So a homeless person found a job on Naukri? I guess they only specialize in employment searches for the unskilled, entry level, and otherwise unemployable? (Of course not, but fodder for competitors to mock all the same).

“JobSearchCompany.com – because you’re not just some bum off the street.”

We’re playing a bit of devil’s advocate here – quite certain this ad would find itself in hot water as well, as it stereotypes homeless people as being unskilled and of significantly less professional merit

We know you’d see the ad – but would it compel you to employ Naukri in your next job search or cause you to recoil in angst?