It’s certainly been a busy year for fast food/casual dining chain revamps. First it was Domino’s, then Arby’s and now a major shake-up expected at the world’s third-largest quick-service hamburger company.

Set to kick off in March of next year, Wendy’s says their new logo will crystallize the total brand transformation that’s already underway. 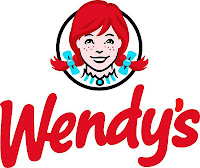 It’s the first change in nearly 30 years, so you knew it was going to sting.

While Wendy’s says it’s innovation and fresh thinking that all the while stays true to the company’s core values as a distinct and beloved brand.

We say it’s a 50’s soda shop. The font is sloppy and feels too playful, as if the goal was to hand brand resonance over to five year-olds.

Wendy’s IS Wendy. While there’s no denying the importance in retaining her image, this version is too cartoon-y for me; leaving the brand locked behind the times.

It just doesn’t jive with the Wendy’s of today (but maybe that’s the point?)

While our initial reaction was “yick,” maybe we just need some more time. Maybe that’s why Wendy’s previewed the mark nearly 6 months before its intended “official launch?”

The new logo does some things right.

Compared to its brand incumbent, the new mark is drastically simpler and therefore, better suited for mobile-/virtual-consumption – (a shift we’ve touted as a new logo must-have countless times before). For the first time since ‘83, it floats frame-free and feels less like a sign and more like a brand.

It retains Wendy, although I’d like to have sampled a version or two that took the icon in a more abstract direction – just the hair? A side profile with tighter crop? A close up on an eye with freckle and crop of hair? The logo and character blend and become one? – something less literal and more clever.

And the logo is just part of the Wendy’s brand renaissance.

Restaurant “Image Activation” – a strategy in new store concepts that is bold and ultra-modern in design.

And Wendy’s isn’t kidding when it comes transforming its in-store experience.

By year-end there will be 75 re-imagined restaurants domestically (that’s 3 months pre-launch). And while the company plans to overhaul 50% of its corp.-operated locations by YE 2015, they’re also providing up to $10M in incentives to franchisees who re-image their restaurants by the end of 2013.

All brands need to evolve.

Maybe we just need to see the logo paired with other “Image Activation” brand elements; new packaging, advertising, restaurant signage, employee uniforms and a refreshed website. It could grow on us.

What do you think of Wendy now?