While much of the United States and the African American community in particular remain outraged in the lack of justice having yet to be served in the Trayvon Martin case, Skittles and Arizona Iced Tea find themselves in an unusual and particularly sticky spot.

For those unfamiliar with the connection, on Feb. 26 the 17 year-old was returning home from a convenience store where he had purchased Skittles and an Arizona Iced Tea when he was shot to death by George Zimmerman, a volunteer neighborhood watchmen.

Was Trayvon aggressor or victim? Was Zimmerman acting in self-defense or on preconceived notions based on racial stereotypes?

At present, there is little evidence available and conflicting narratives from both sides of the controversy. The killing has sparked a national dialogue on race.

Now, this is a Marketing blog and that’s it. Let’s just stick to what we know. 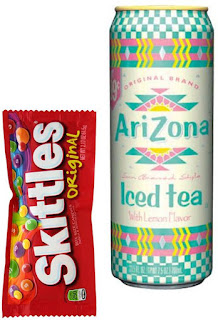 As the case heats up, social media chatter around Skittles and Arizona Iced Tea has as well – and of course, not in a particularly favorable way.

More recently, individuals have begun demanding that the two companies comment on the controversy, even pony-up money for the Martin family. People are using Twitter and Facebook to share and show their alleged ‘uniformity’ in boycotting the brands should they not take action. Bullying, anyone!?

The companies have already expressed their condolences to the Martin family, both commenting that it would be “inappropriate” for them to get involved further. I couldn’t agree more. To expect Skittles or Arizona to pay up is to say they share in the blame.

The sad reality of the world is that people are killed every day. While this story has caught national attention and is particularly devastating in both how it unfolded and the wider implications in racial profiling, Skittles and Arizona Iced Tea are inconsequential.  Any product/brand could have been purchased prior to the event, (and none would want to be associated with such a tragedy). To say that they are profiting from free publicity associated with the controversy is frivolous.

Social Media has increasingly become a platform for bullying (and it’s got to stop).

We’ve said it before; Social Media makes spouting off too easy. We Americans are so bored with the predictability and drudgery of our daily lives that we jump on any opportunity to off blow steam. Attacking someone via Twitter, like honking or flipping the bird in traffic, provides a veil of anonymity that permits us to act more brazenly than we might otherwise do face to face. It doesn’t justify it.

Should Skittles and Arizona Iced Tea pay-up or have they done enough?
Posted by Unknown at 1:30 PM