Tired of Coffee? Starbucks Sets its Aim on Juice 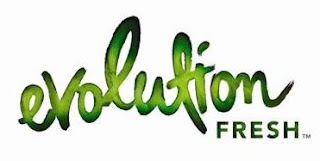 Well, not really. The brand has been around for a while. Purchased by Starbucks back in November, Evolution Fresh has only been available in grocery stores…until now.

Even with over 17,000 shops in over 50 countries, Starbucks realizes it’s not the only coffee shop on every corner. Competition runs high; be it copycat concepts with regional or nation-wide reach or local favorites, even major fast-food chains got in on the craze.

Which begs the question,

Can Starbucks not only tap into, but revolutionize the juice bar industry?

When Howard Schultz bought Starbucks in 1987, coffee was far from cool. Day in and day out, you’d wake up and stumble into the kitchen to brew the same old pot. “Let’s meet for coffee” - fast-forward 25 years and the product is a premium part of our social existence.

Was it physical product or intangible brand experience? A little of both (emphasis on the latter).

Now, I’m not a juice man (Jamba Juice’s ‘Pumpkin Smash’ notwithstanding). I’m never satiated when I drink my calories, and that’s way too many calories (and carbs) to be left wanting more.

But I wasn’t a huge fan of coffee before Starbucks either.

See, that’s what they do. As was intended with their logo re-design in 2011, when Starbucks “released the siren,” they signaled to the world that they were much more than coffee.
Fundamentally, they are in the business of demand generation. They create meaningful brand experiences. They rethink and reinvent.

They did it with coffee and (although I’m a skeptic by nature,) I’m confident they’ll give it their all with juice as well.
Is Evolution Fresh coming soon to a corner near you?

Not likely. For now, just the one test store in Bellevue, WA. While the company is staying hush-hush on plans to roll out additional EF stores, bottled product is expected to start popping up in Starbucks store coolers this summer. Watch for ‘em!

Official Starbucks Press Release
Posted by Unknown at 9:00 AM