When Maintaining Brand Integrity Can Hurt...

After nearly a 17-month hiatus, Mad Men is back on the air later this month. But Season 5 of AMC's 4-time Emmy award winner for 'Best Drama' is already stirring up plenty (of drama). 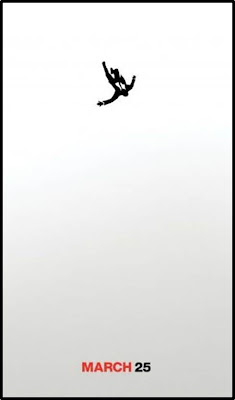 A super-minimalist homage to the show’s title sequence; this teaser poster began popping up all over NYC earlier this week.

For those of you unfamiliar, Mad Men opens with a dark and melodic sample of “A Beautiful Mine” by RJD2; during which the silhouette of a man enters a 60s inspired Manhattan office drawn completely in line art.

The scene decomposes in front of your eyes, leaving the man in a free-fall through an array of images associated with the superficiality of advertising – beautiful women and booze, cigarettes and empty promises. Watch it here:


Beautifully executed, it gives viewers an instant feel for the show’s premise and authenticity.
And in that respect, the bus station ad is instantly recognizable to Mad Men enthusiasts. But what about the tens of thousands of New Yorkers NOT on a first name basis with Don Draper?

To them, the silhouette of well-dressed man in free-fall is hauntingly reminiscent of the tragic events of September 11th. You can imagine how even after more than a decade has passed, the image of business men and women optioning to jump to their deaths from the twin towers remains engrained in the mind.

To them, the ad is thoughtless and disrespectful.

The ad has all the markings of a successful campaign. True to the show’s aura, it’s simple and sexy, yet offers a bit of mystique to attract new viewers. As marketing professionals, we become so obsessed with maintaining the authenticity of brand that we often lose any and all outside perspective. And especially with overly simplistic copy or layout, we can forget to remove our blinders and think about how a particular ad might be perceived in different times or markets.

I wonder how the team at Sterling Cooper Draper Price would defend the work?